> All Blog News > The value of Silver

The value of Silver 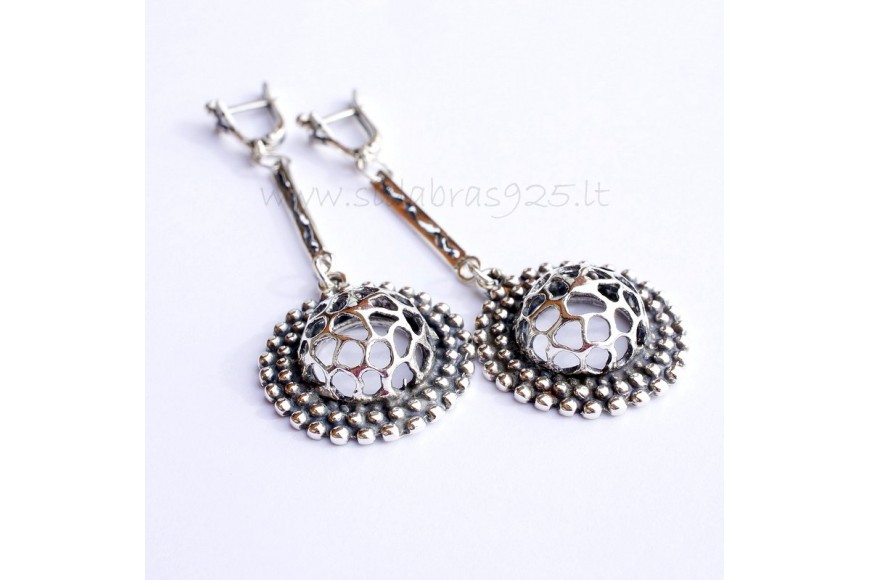 The value of Silver

Silver - one of the oldest valuable metal known to humanity.The jewelry or dishes made from this precious metal have been around for three thousand years and has not only decorated life of humans, but also protected against serious diseases, because of silver's ant-bactericidal properties. Silver was and still is used in medicines and cosmetics. The Romans kept their drinking water in silver containers or at least threw a silver coins into the drinking water during their raids, so the water could stay drinkable for a longer time as silver would repel the disease-causing bacteria.

Silver in our body is like a "second immune system". Once in unicellular living organisms (bacteria, fungi, parasites), it destroys pathogens and removes them from the body. Ancient Indian books mention that the water was disinfected by keeping silver in the water for a long time. During the celebration of the wells, silver coins were thrown into them, water was kept in silver containers, and so on. And silverware was not just an attribute of wealth. 19th century At the end of the 1990s, researchers noted the disinfectant properties of some metals. Studies have shown that diphtheria rods die on a silver plate in three days, on copper in six days, and on gold in eight days. Staphylococci were killed on silver in two days, on copper in three days and on gold in nine days. Warm sticks on silver and copper plates have been killing in as little as 18 hours. Silver has also been found to have a stronger bactericidal effect than other metals because it penetrates cells more quickly. Silver acts on microbial cells because it is sorbed (absorbed) by cell shells, it blocks bacterial enzymes and the cell dies. According to Academician L. Kulskis, who has dedicated his life to the research of silver water and the development of ionizers, silver water is more active than chlorine, chlor-lime, sodium hydrochloride and other oxidizers of the same concentration. Silver is not just a precious metal. It is also a necessary trace element for the normal functioning of the body. It works prophylactically by strengthening the immune system. As the body ages, its ability to absorb silver decreases, resulting in a lack of silver and a weakening of the body's resistance with all possible consequences. Consuming colloidal silver is one of the safest and most effective ways for the body to get extra silver. Colloidal silver is bioavailable because it penetrates directly into the body's tissues. Colloidal silver is an accumulation of silver molecules that do not dissolve or react with water when floating. Colloidal molecules have a small electric charge, they push each other and therefore move constantly, colliding with larger molecules of water (the so-called Brownian motion). Importantly, colloidal silver molecules, being smaller than viruses or bacteria, freely penetrate pathogens and destroy them. By the way, this metal is stronger in its action on microorganisms even than the latest generation of antibiotics - it comprehensively kills not only bacteria but also viruses. Current antibiotics only fight bacteria. By acting as a natural antibiotic, silver kills over 650 disease-causing organisms. In addition, silver is non-toxic, it stimulates the process of bone growth, speeds up the healing of damaged tissues, and so on. Colloidal silver can also successfully fight cancer. Dr. Becker writes that "... A positive charge of silver affects cancer cells by stopping their mitosis ..." Another medical scientist, G. Smith, who has done many tests on cancer, says, "The success of cancer treatment depends on the patient being present. the amount of silver in the body, and the failure is caused by the lack of silver ... ”Silver has also been successfully tested in the fight against AIDS.

You can also see for yourself the bacterial properties of silver: fill the water with two cups and dip a spoonful of silver into one of them. After a while, the water in one cup will become cloudy and its walls will be covered with a greenish film. However, in the cup where the silver spoon flashed, the water will be much safer. By the way, this metal is stronger in its action on microorganisms even than the latest generation of antibiotics - it comprehensively kills not only bacteria but also viruses.

Silver jewelry appeared in the Baltic lands in the first centuries AD. These are various imports from the provinces of the Roman Empire: silverware, denarii, brooches, and so on. The earliest silver product imported from Pareinis is from the 2nd century. Profiling brooch, found in Curonian Spit, Tytuvėnai region. Significantly more silver jewelry appears in Lithuania in the Middle Iron Age (5th - 8th centuries). In addition to the aforementioned spoons and wire-wrapped collars, which were still used in the early Middle Ages, we find a whole host of new types of jewelry. We have mostly silverware from the new Iron Age (IX - XII centuries) and the beginning of historical times. The silver collars of that time were quite diverse. Sheep, saddle loops, belts and sledges were decorated.

Modern silver products are much more sophisticated, with the introduction of many natural stones that also radiate some of the stone’s energy. If you are irritable, nervous, restless and so on. - Silver will help. There are more than 400 active points on the wrist related to the kidneys, liver and heart. The rings placed on certain fingers constantly affect the biologically active points.

Wearable silver jewelry: silver rings, silver earrings, silver pendants, silver necklaces or silver bracelets - touching the body, spreading the antibacterial field around them has a very positive effect, as described above, and it is also very beautiful. Adorned with silver jewelry, you seem to express originality, originality. Tat and regardless of the healing properties of silver, silver jewelry is a precious, luxurious item that can be left for future generations.

Tat our most difficult mission - to create beauty in silver for soul and body!